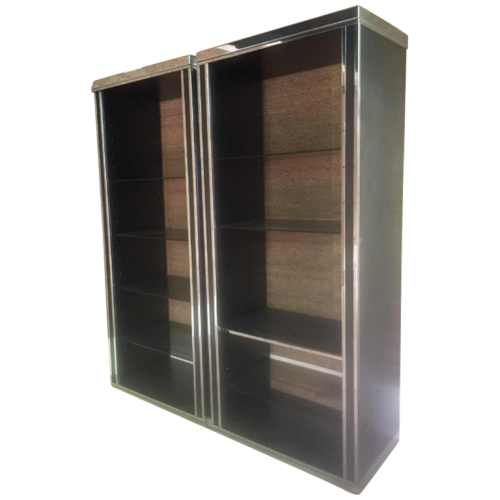 Awarded or Willy Rizzo, great Italian designer distributed around the world in the years 1970/80/90.

Discreet lighting at the rear of the facade uprights (see photo) including 8 neon tubes.

In very good original condition, no blows in the laminate or in the chromed metal uprights.

Edition Mario Sabot or Cidue in the 70s.

Price to take away.