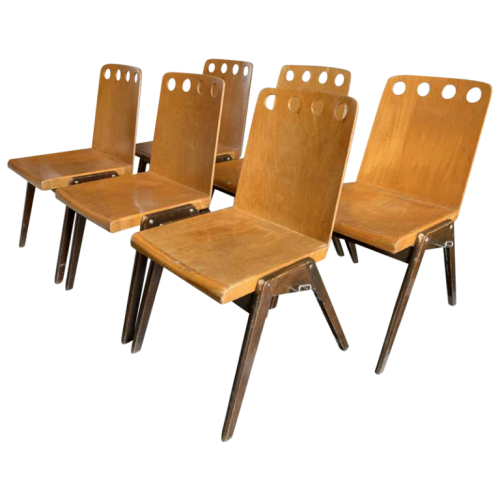 Set of 6 modernist chairs stacked in beech wood and multiplex.
Attributed to Roland Rainer and published by E&A POLLAK in Austria circa 1951.
Average condition, ideally to be restored and varnished (restoration estimate possible on request).
In the style of the "easy armchair" by Pierre Jeanneret.