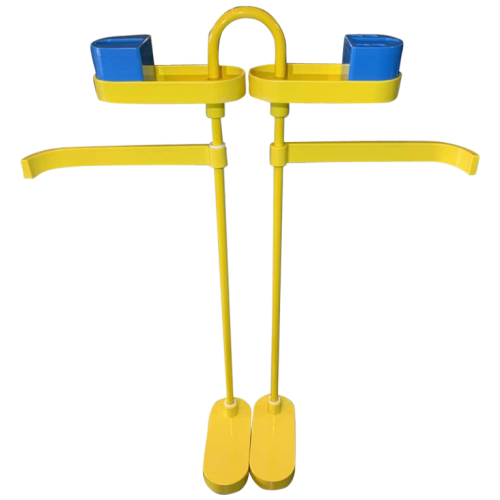 MEMPHIS group was founded in Milan by Ettore Sottsass in 1980 .. It has among its members Michele De Lucchi, Matteo Thun, Marco Zanini, Aldo Cibic, Andrea Branzi, Shiro Kuramata, Michael Graves, Peter Shire, Javier Mariscal, Barbara Radice , Martine Bedin, George J. Sowden, Masanori Umeda and Nathalie du Pasquier. It dissolved in 1988.
Memphis opening up more to fashion and international artistic movements of the moment such as Pop Art. He immediately destabilized the codes of post-Bauhaus design by introducing a much wider range of colors, patterns, the use of laminate in furniture and more generally, new forms in furniture, lighting or elements of table.
Named after Bob Dylan's song Stuck Inside of Mobile With The Memphis Blues Again from the album Blonde on Blonde, the name referred not only to rock, but also to the capital of ancient Egyptian civilization, and of course to the town where Elvis Presley lived. He had a sense of humor that was lacking in design back then. Designed to mix the styles, colors and materials of the twentieth century, it positioned itself as a fad rather than an academic movement. He hoped to do away with the international style into which postmodernism had embarked, preferring to simply revive modernism and continue it rather than reinterpret it. Memphis has exhibited in London, Chicago, Düsseldorf, Edinburgh, Geneva, Milan, Hanover, Jerusalem, Los Angeles, Montreal, New York, Paris, Tokyo, Stockholm.