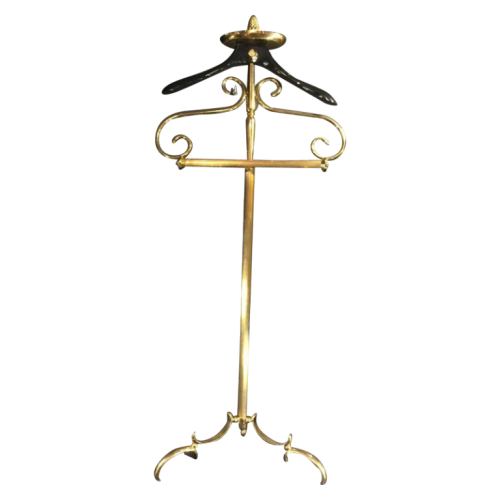 Parisi was a friend of the architect Gio Ponti, whose creativity inspired him a lot.

Biography of the artist:

Ico Parisi lived almost all his life in Como (Italy) and formed the construction between 1931 and 1935. Parisi entered the studio of the architect Giuseppe Terragni, which he published in 1936 the Casa del Fascio in Como as as a photographer in a special edition of Quadrante magazine.

With Fulvio Cappelletti, Giovanni Galfetti and Silvio Longhi, he participated in the design of the 1937 colonial exhibition at Villa Olmo in Como. After this success, they will found "Alta Quota".

Parisi founded in 1948 with his wife Luisa Aiani, a student of Gio Ponti, the interior design studio "La Ruota". They designed furniture for companies such as Cassina, M.I.M. Altamir, Longhi or Cappellini, also ceramics, glasses and jewelry. He was in charge of the equipment of the State Library of Milan. He has also worked closely with painters and sculptors such as Mario Radice, Fausto Melotti or Umberto Milani.

He exhibited at the 34th Salon des Artistes Décorateurs in Paris and designed in 1947 the interior of the Milanese library.

Parisi began production "Utopia", which was exhibited in 1978 at the Biennale di Venezia.