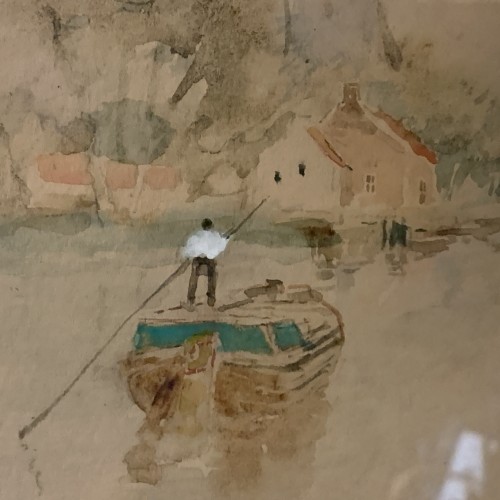 
Biography:
President of the Royal Belgian Society of Painters in 1901.
Henri Staquet was the son of Melchior Victor Hugo Stacquet (1799-1886) and Marie Catherine Dussart. His brother Adolphe (1836-1883) was a banker.
Henri studied at the Academy of Brussels. At the beginning.
He became friends with many artists and was the mentor of Henri Cassiers. In 1870, he made his debut at the Ghent salon under pseudonym.
He mainly paints landscapes and maritime subjects, seen from Flanders and Zeeland.
He exhibited actively with the Royal Belgian Society of Watercolors and, in 1901, he became its president.