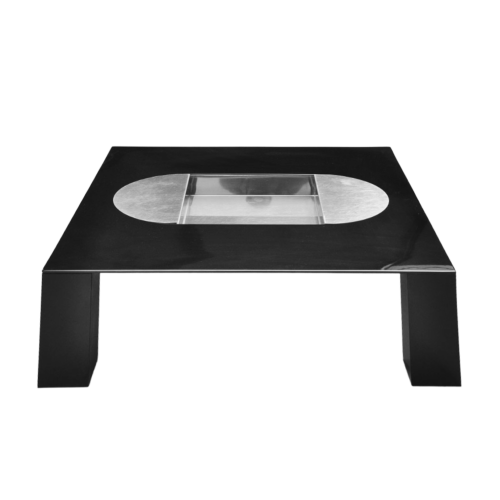 "Beauty should not be confused with appearance, for the latter is only the superficial part of the form" (Giovanni Offredi)

Giovanni Offredi (Milan 1927 - 2007) was an Italian designer who was active in Milan in the second half of the 20th century, and who is collected and valued today.
His designs are minimalist and elegant, in keeping with the taste of the time. In 1970, he joined forces with Sergio Saporiti and together they created the publishing house "SAPORITI ITALIA". This partnership will edit and produce hyper qualitative and innovative furniture, not without resemblance to the design of Willy Rizzo who was very active at the time... It is an important worldwide commercial success.
Among other things, Saporiti produced the Paracarro table (1970), the Sail chair (1973), the Wave dining room chairs (1974), the Wave sofa and armchair (1975) and the P600 and P650 oval elliptical tables...
Giovanni Offredi then joined forces with the Italian manufacturer Snaidero, with designs such as Krios (1984), Kalia (1986), Pragma (1987), Contralto (1988) and Kube (2006)...