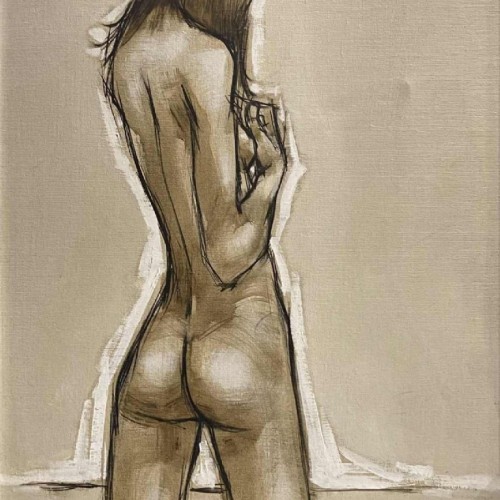 Oil on canvas by the painter Francis Verlinden, signed and dated 1974 and representing a nude woman from behind.
The technique of his painting reflects a perfect mastery of the subject (very little material used).
Canvas in very good condition.
Worn frame, ideally to be replaced or retouched...