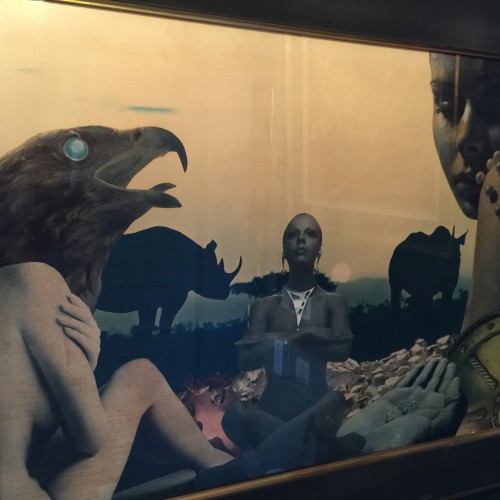 Surrealist collage on paper attributed to Carlos de Radzitzky d'Ostrowick - circa 1960.
Qualitative original and period framing.
In a perfect state

Baron Carlos de Radzitzky d'Ostrowick was born in London in 1915, he was a critic of Jazz in Belgium, with Albert Bettonville, an important figure of jazz. With the latter, he hosted a chronicle on Belgian French-speaking radio for more than twenty years (1945-1967) and wrote numerous articles on hot jazz and its history, as well as biographies of musicians such as Duke Ellington and Louis Armstrong.
In 1982, he was involved in a project for a jazz museum that would become the Maison du Jazz in Liège.
Not much is known about his life as an artist but he made many surrealist collages on the theme of. woman and music, during the Pop'Art period in Belgium ... not without resembling Pol Mara.
He died in Brussels in 1985.