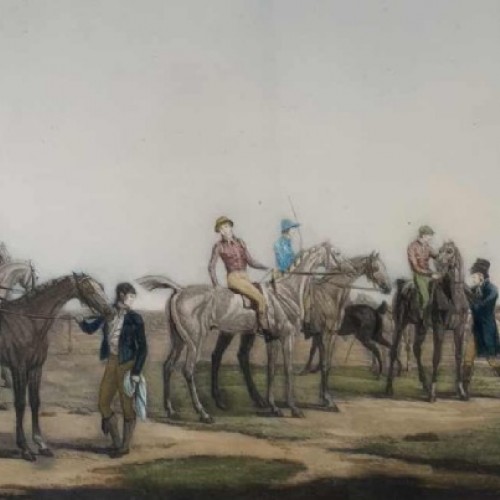 Carle is a student of his father, the painter Joseph Vernet, and Nicolas-Bernard Lépicié. In 1779, while becoming a brilliant squire, he won the second prize for painting, then in 1782, the first prize on the theme of the Parable of the Prodigal Son; he left for Rome immediately. He decides to paint riders on their mounts by drawing directly on the motif, visiting the horses of the Roman stud farms. His father visits him with the engraver Jean-Michel Moreau; in 1787, Carle married the latter's daughter. Their son, Horace Vernet, will become his pupil and collaborator. Carle Vernet is received a member of the Academy in 1788 and settles with his family in a workshop at the Louvre ... The horse is entirely part of his work, horse and equestrian scene, thoroughbred race, rider, jokey. ..