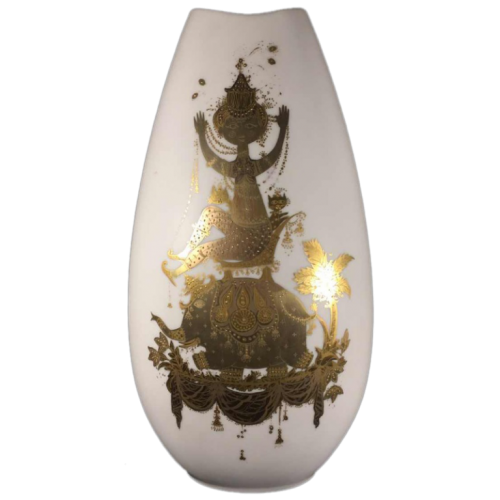 He was attached to the United States Embassy in Paris in 1947 as a poster designer. Later, his posters illustrated Copenhagen's famous Tivoli Gardens and many other activities in Denmark, as well as the Seoul Olympic Games for the Disabled, the New World Symphony Orchestra Academy in Miami and the Royal Danish Ballet of the Metropolitan Opera House. , all in 1988. His textile work was used for the costumes of many ballets and stage presentations.

Wiinblad illustrated the work of his compatriot Dane, Hans Christian Andersen, when he was responsible for providing the artwork for "The Swineherd", which won a prize from the American Library Association. Wiinblad's swineherd illustrations were turned into a short animated film in 1986.

Wiinblad was an important designer for the Rosenthal porcelain company including Studio Linie. Romance, his most popular tableware concept from Rosenthal, was a typical Wiinblad design because of its incredible level of fine decorative details. From 1971, he also designed an annual commemorative Christmas plaque for Rosenthal. Wiinblad also designed ceramic pieces for Nymolle, a Danish pottery.

In 1954, Wiinblad began collaborating with companies and organizations in Dallas, Texas, and opened a store in the city in the 1980s. He received commissions from the Dallas Ballet (costumes and sets) Theater Center, Neiman Marcus, Thanks-Giving Square, as well as many projects for developer Trammell Crow. For Dallas International Apparel Mart, he designed five large Scheherazade tapestries, exhibited from 1973 until the closure of the building in 2004.