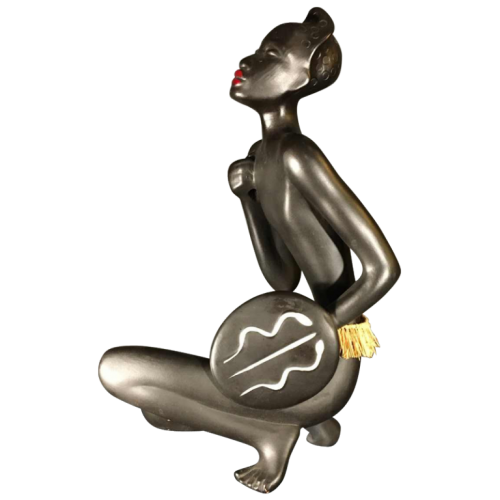 Ceramic Sculpture of an African Watusi naked woman with shield and loincloth, made by Leopold Anzengruber Keramik in Vienna in the 1950s
In good condition ( Missing brass lance )
Numbered piece