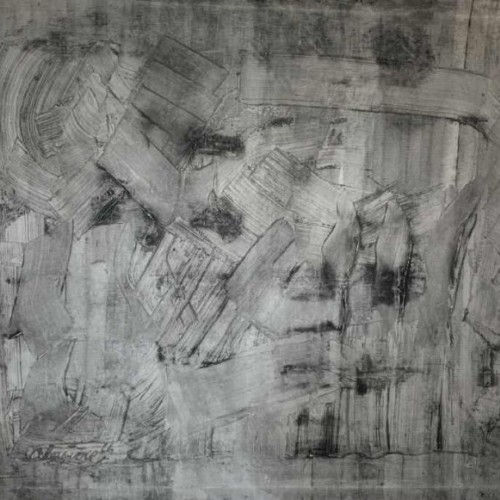 Another similar Work of the Artist and of the same format available entitled 'Cascade en Ardennes' (it is initially a pair of paintings).

André Lapière:
Abstract painter from Namur, initiator of the group 'AX 66' with Louis-Marie Londot, Jean-Marie Van Espen, Marcel Warrand, Michel Pirrard, Emile Souply. Both Painter and Art teacher at Saint-Berthuin in Malonne, he exhibited with great names in 20th century Belgian painting (Paul Devaux, Jo Delahaut, René Magritte, Jean Rets ....), we is currently rediscovering it.
His name and his works can also be found among many exhibition catalogs on Belgian Abstract Art in the 1960s / 1970s (available for consultation at the Galerie Pignolet on request).