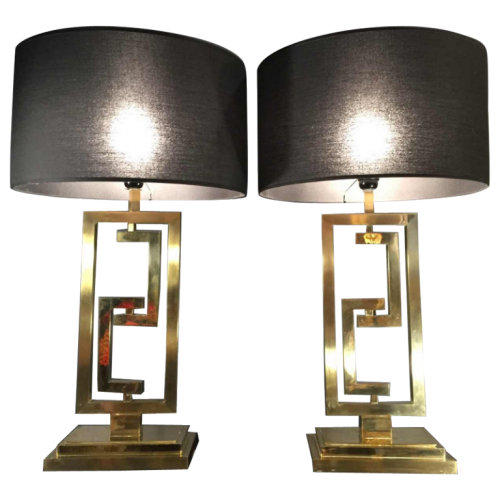 Pair of large desk or table lamps, qualitative and in very good condition.

Edition Mario Sabot or Cidue in the 70s.