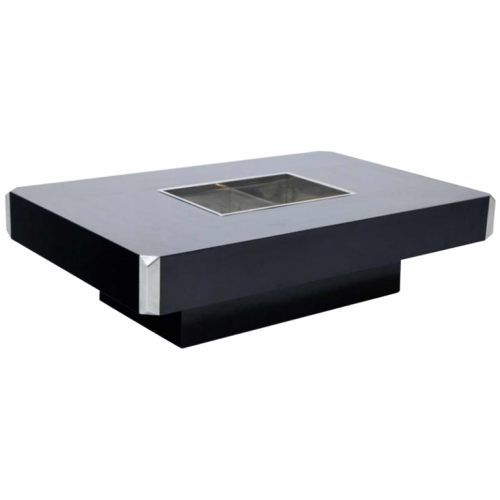 Removable ice bucket (or newspaper rack) recessed in the middle of the table.

In very good original condition, no blows in the laminate or in the chromed metal uprights.

Also available on the site: a double shelf by Willy Rizzo (black / chome).