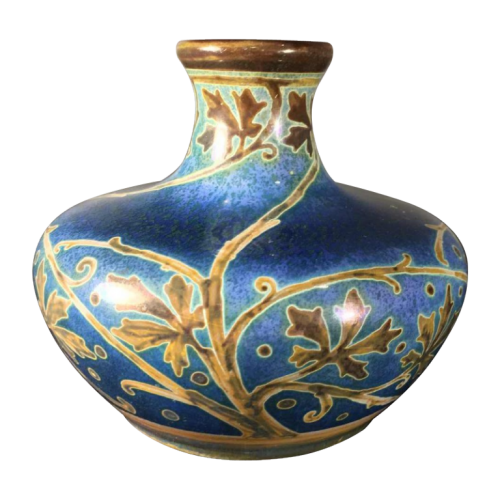 Biography:
Forsyth attended Gray's School of Art in Aberdeen and the Royal College of Art. In 1903, he became artistic director of the Minton Hollins & Co, where he began a career of more than forty years and left an indelible mark on the ceramic industry of Staffordshire. "In 1906, he held the same position at Pilkington's Tile & Pottery Company near Manchester. In 1920 he became superintendent of art education at Stoke-on-Trent, a role which involved the responsibility of several art schools. Forsyth was the tutor of a number of Notable students of the Burslem School of Art, including Susie Cooper, Glyn Colledge, Clarice Cliff, Charlotte Rhead, Arthur Berry and Mabel Leigh. At that time, Forsyth was described as a "pottery designer, educator and writer ... and the 'one of the main spokesmen for the design of industrial pottery ". The pivotal role he played in the design of British ceramics inspired some to call him" the mage of mid-20th century pottery ".

Pilkington's Tile & Pottery Co. was headed by Joseph Burton (1868-1934) with his brother William (1863-1941). With Abraham Lomax, the Burton developed an innovative range of iridescent colored glazes which made Pilkington's great reputation. The most outgoing and best known of the brothers, William Burton first trained at Wedgwood, he also taught and worked as an advisor to the ceramic industry and to the Victoria & Albert Museum.

Similar vases are represented in the book `` Pilkington's Royal Lancastrian Pottery and Tiles '' by A J Cross, Richard Dennis, 1980.